First of all, a little piece of advice: I believe the most comfortable and quickest way to get from from the center of Milano to Malpensa International Airport is choosing the train. Especially if you are travelling alone this will save you a lot of money, since less than 15€ for the train ticket are cheap compared to what you would pay for a cab. You can buy the tickets on the ground floor not far away from the escalators.The rail track for the Malpensa Express is number 1, at least it was when I was there.

Now let’s go on with my flight. After completing the check-in I went right to the Lufthansa lounge. I gained lounge access through my business class ticket, so I didn’t use the Priority Pass lounge this time. The Lufthansa lounge is a bit hidden, but if you follow the signs you will find it easily. It is not huge, but offers a decent selection of food and a variety of beverages. There is even a beer tap. I didn’t use it though :-). 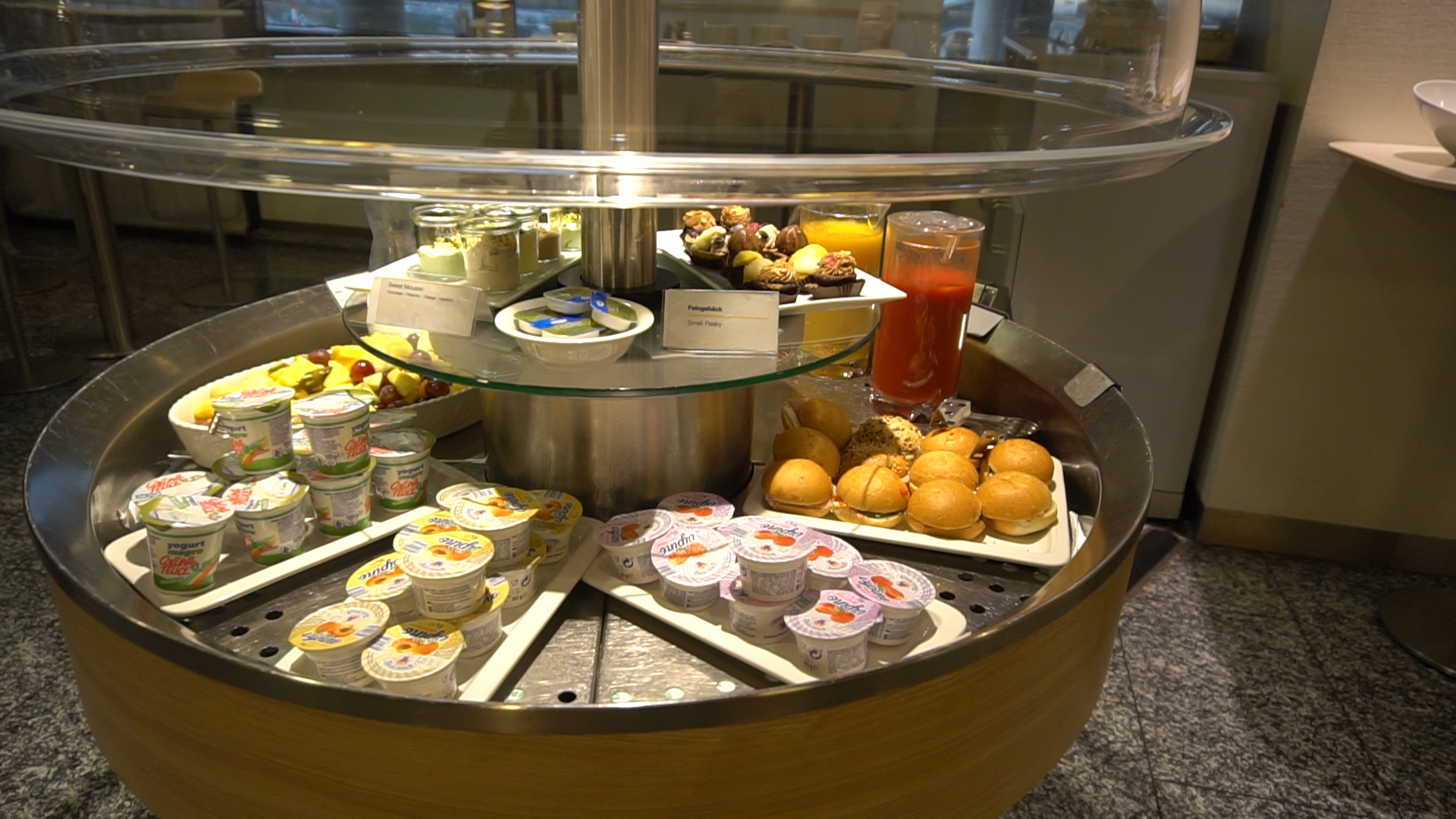 There are different areas: On the one end, there is more of a work area, on the other you find the food. In the middle, there are plenty of armchairs. However, I didn’t see any showers and there were no computers as well. So in my view it is okay for a short stay, but if you are going overseas and spend more time in the lounge, this may not be the real thing. I had a late morning flight and it was nearly empty and very quiet. 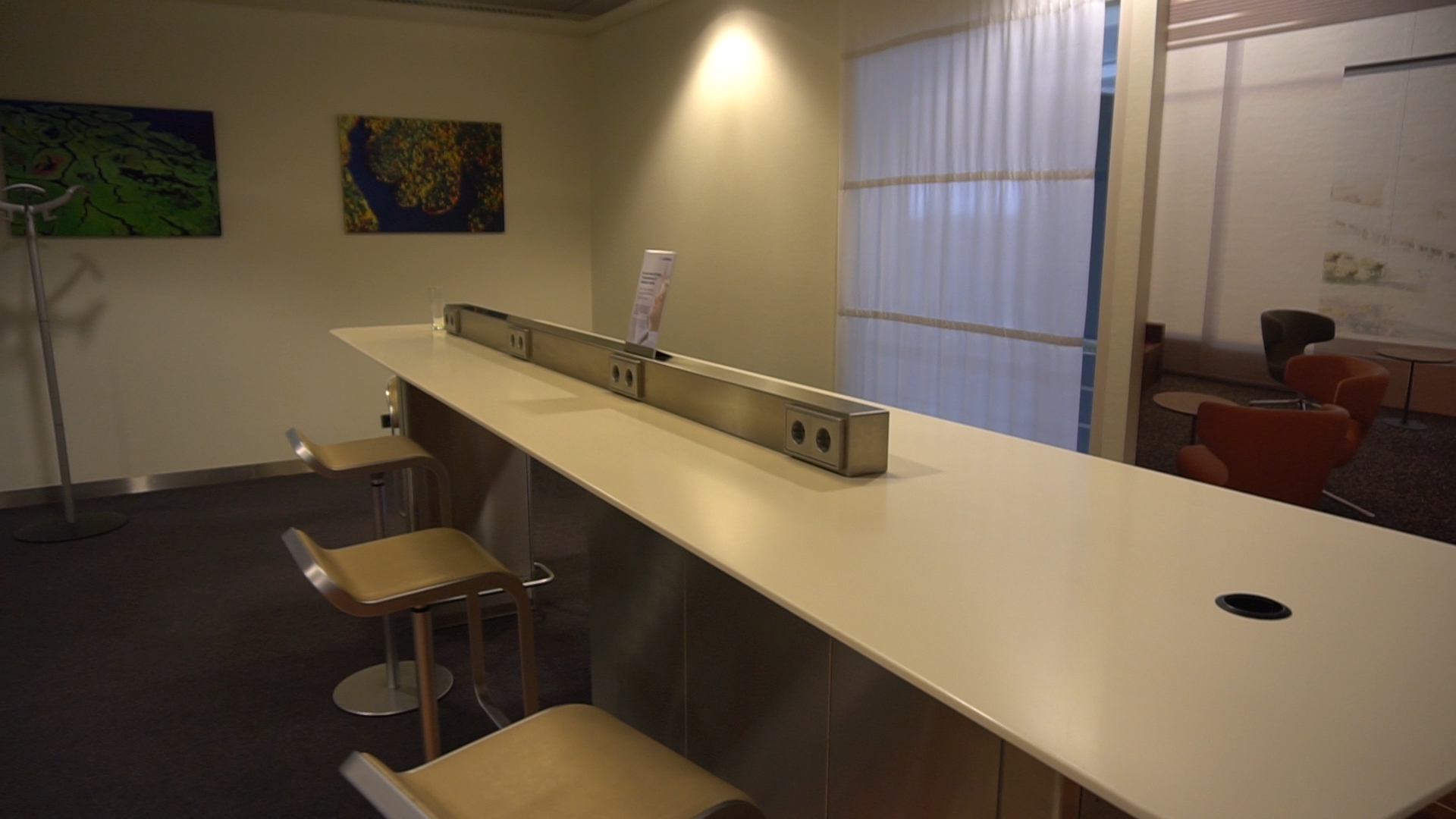 The Business/Work area at the Lufthansa Lounge at Malpensa Airport

The staff was very kind and was able to answer any questions concerning my flight. Also, they retrieved my boarding pass, which I lost while filming :D. 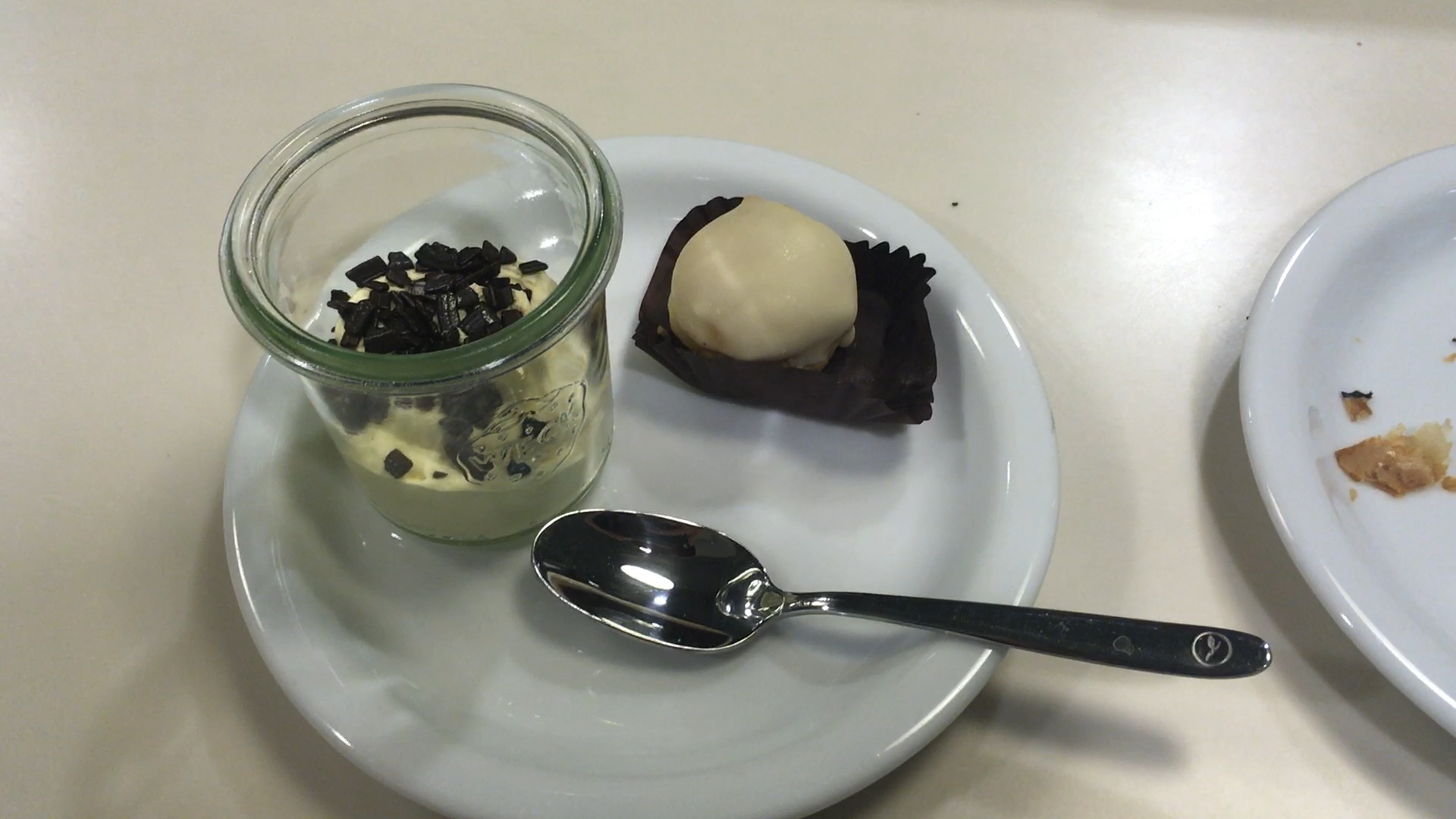 The dessert I chose at the Lufthansa Lounge at Malpensa Airport

The flight itself was operated with a Bombardier CS100. It is the newest addition to the fleet of Swiss. What shall I say, it is an impressive piece of technology, that brings the feeling of a big airliner to a regional jet. The first thing you notice are those huge windows bringing a lot of natural light into the cabin. The seats are new and very comfortable, although legroom was surprisingly limited in business class (I believe it is the same all over the plane). Above each seat row on each side there is a small screen. They show both the safety video and some flight information on there. 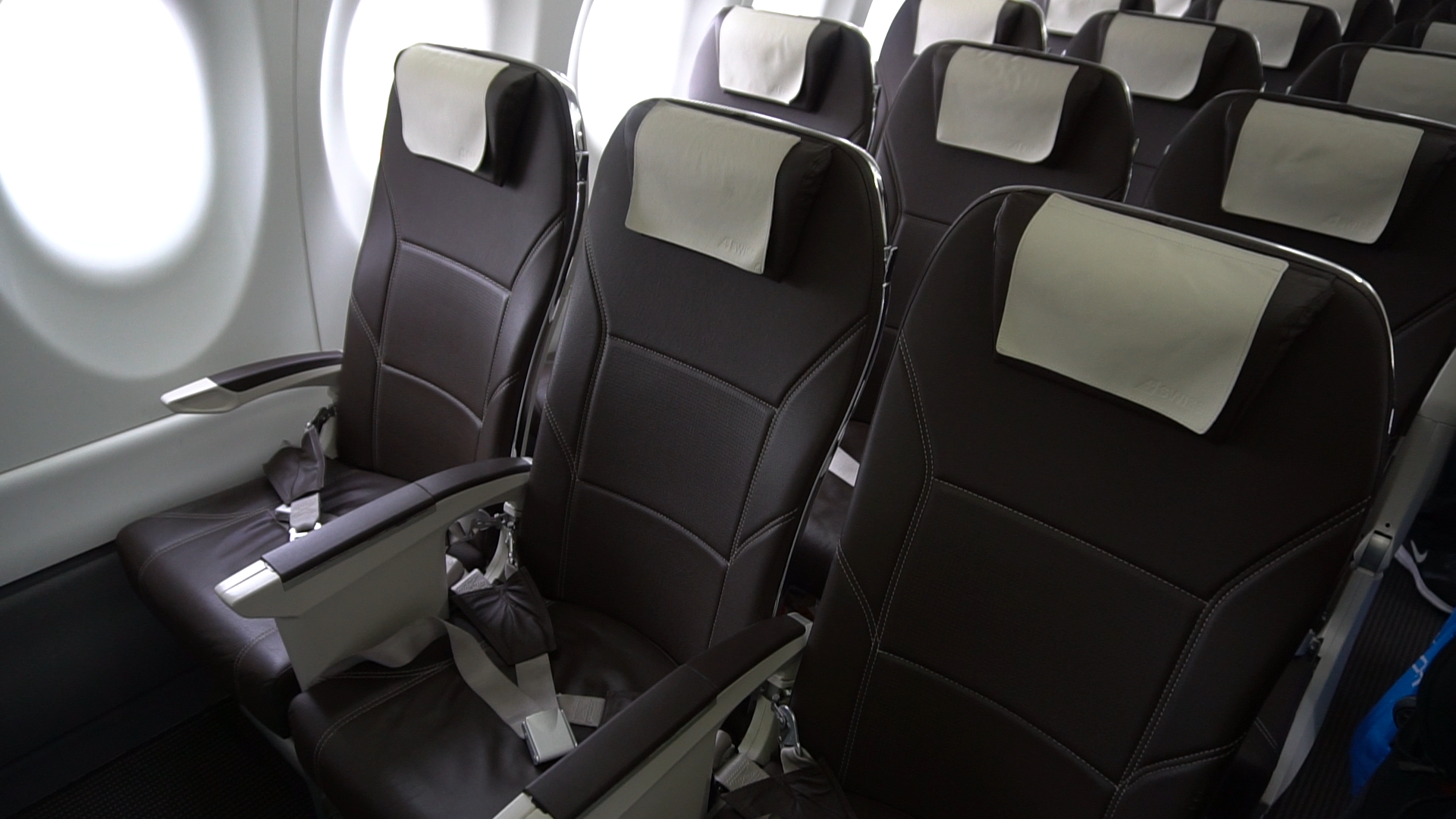 The Swiss Bombardier CS100 – a masterpiece of modern aviation technology 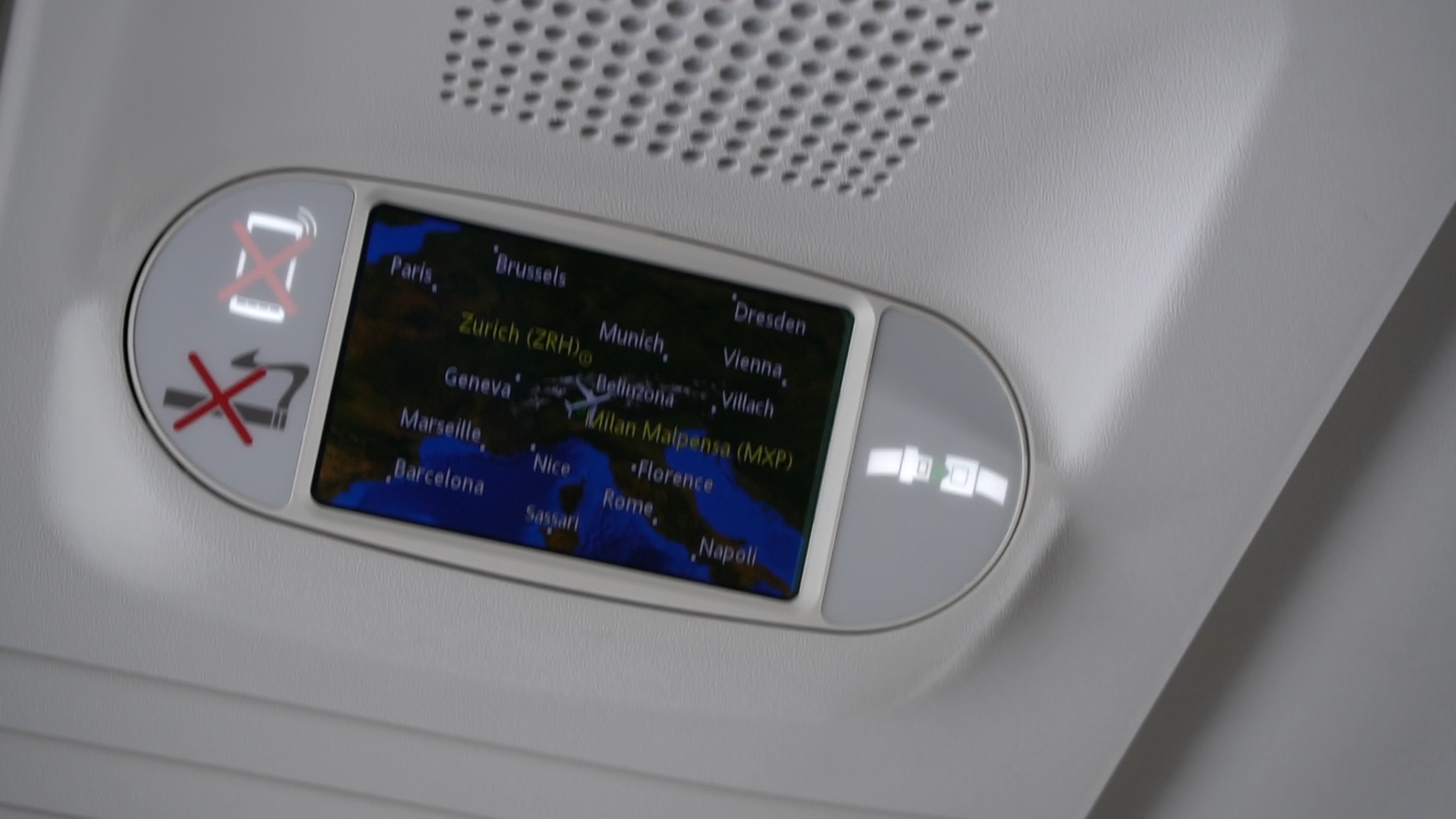 There are screens above each seat row

Although the flight was very short, I received a very well-presented snack. 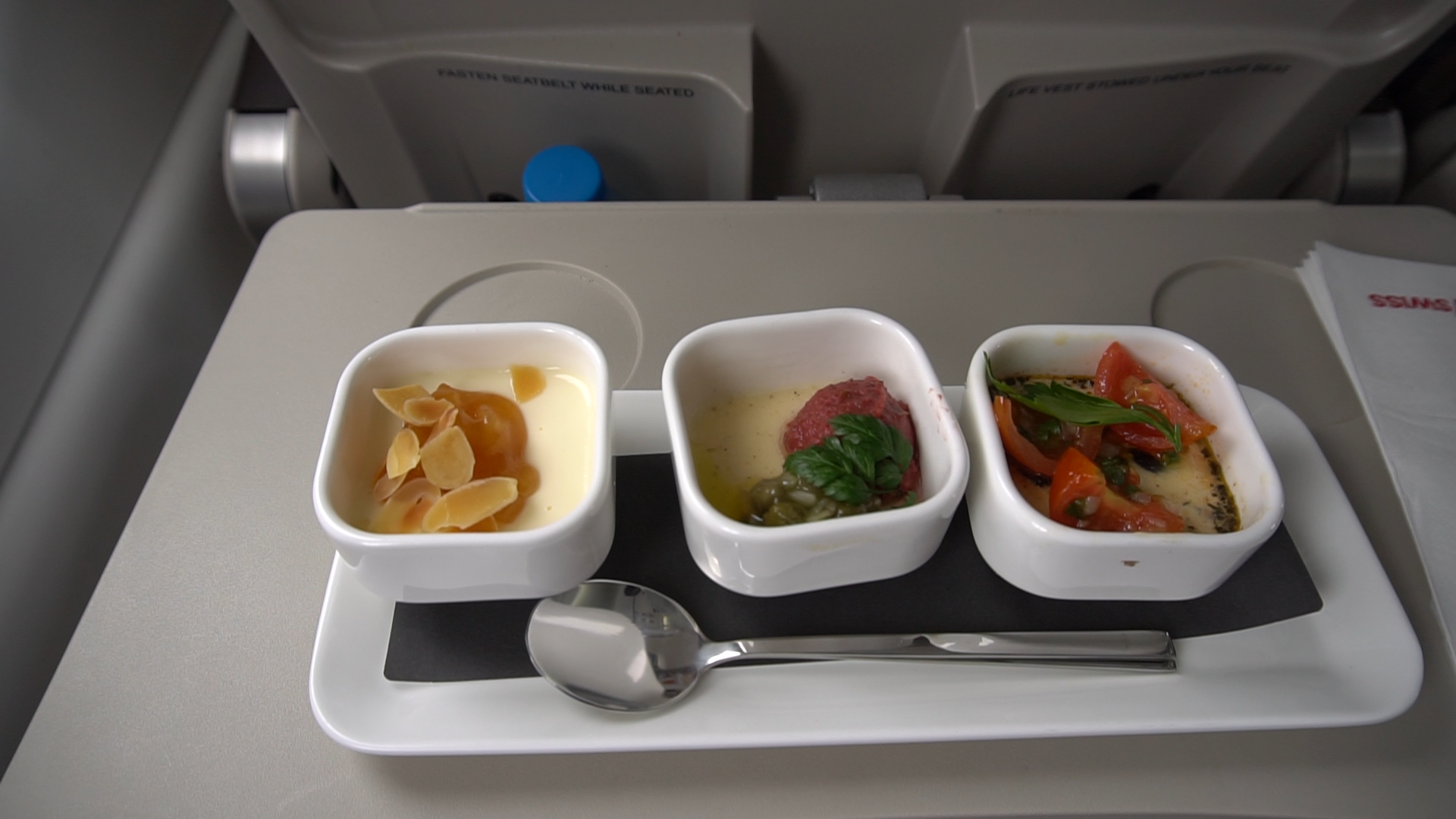 The snack I got onboard the Swiss Bombardier CS100

I already posted the video of the landing before. Actually I was very lucky that my flight was not canceled that day, because of the weather conditions. There was snow all over the place and we actually had to fly some circles, while the ground staff at Zurich Airport was busy with doing the snow shoveling.

By the time we landed the runway looked white again, though :-). 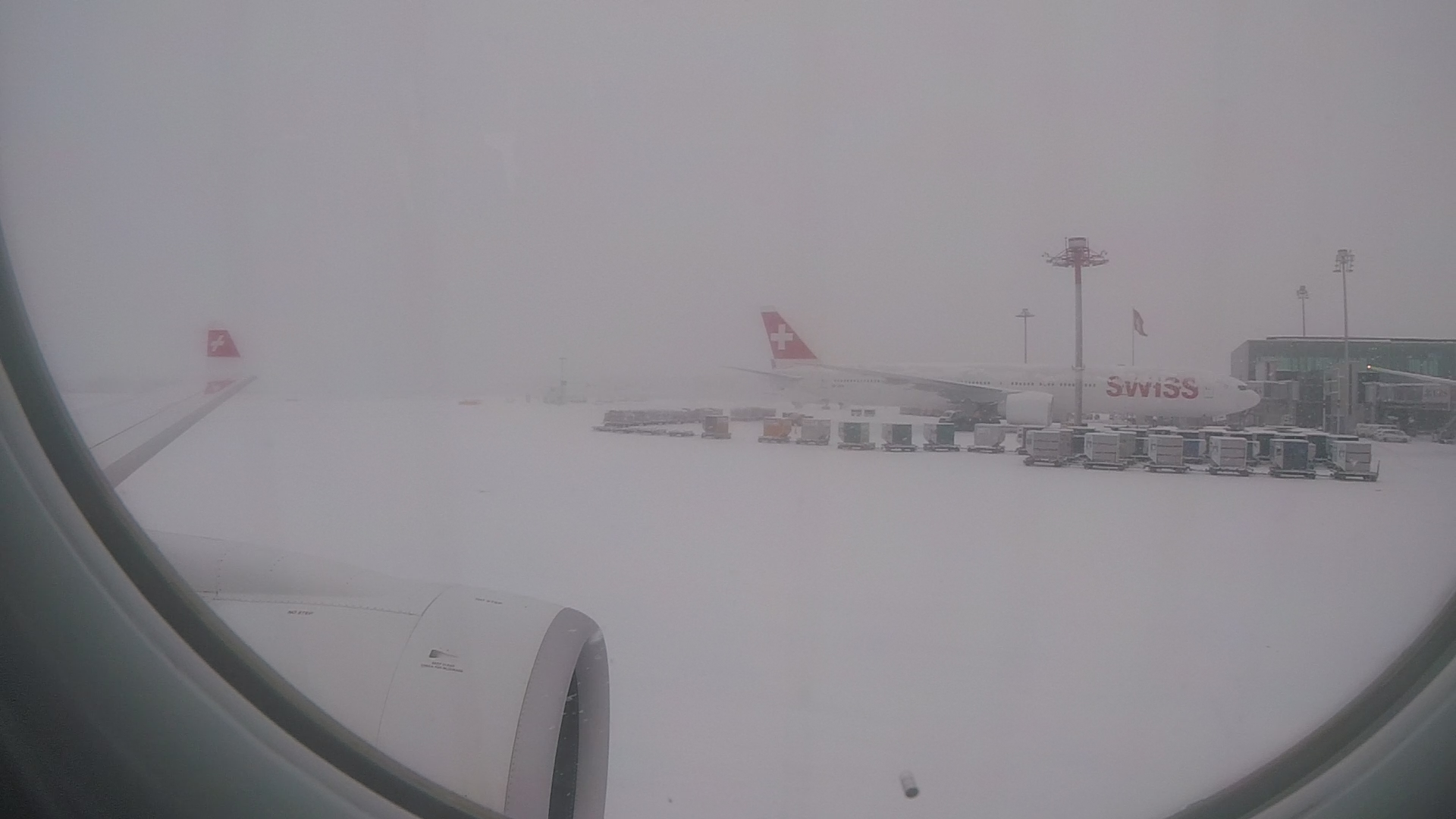 The plane was parked not at a gate, but on an area located next to the E gates. So a bus drive was needed. But here comes the pleasant surprise: Swiss has a separate bus for business class passengers. There are other airlines that should learn from that. 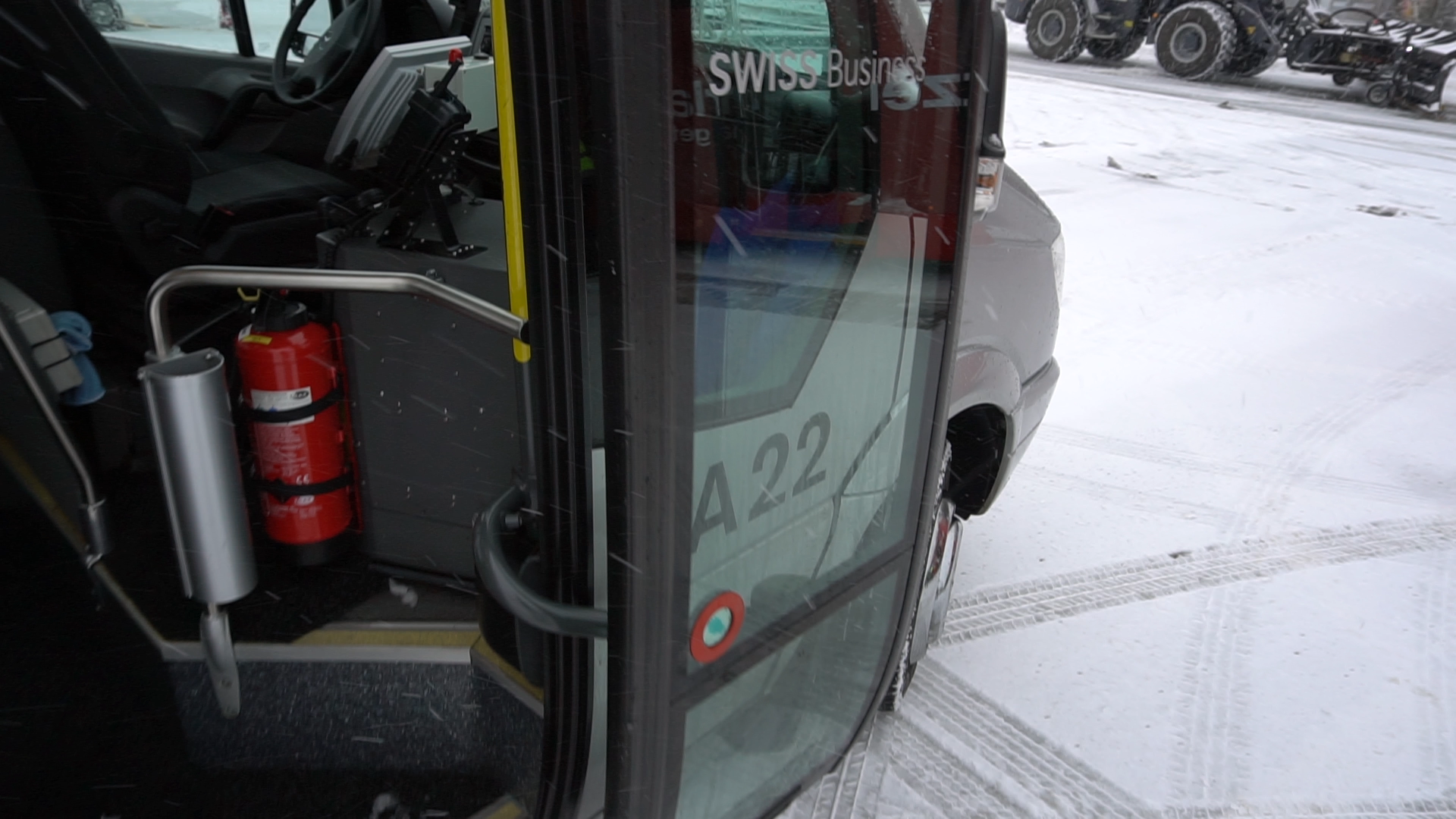 There was a separate bus for passengers booked on business class

Overall I was very happy with my flight. Swiss got the job done without any major mistakes. I will not lie, but the lounge at Malpensa Airport might seem unsatisfactory for people who spend more time there than I did. But the flight itself was very relaxing and the Swiss International Air Lines Bombardier CS100 was the real star here. I am sure I got to fly the most modern jet on the market, at least in its class.