Right now everybody is talking about the future of Diesel engines, but what about gasoline engines? With Volkswagen’s Diesel scandal in the USA and growing problems in Europe this thinking is very much understandable. Even in the homeland of Diesel engines, Germany, city/regional parliaments are under pressure to decrease fine dust levels with driving bans for cars, which do not comply with Euro 6 standards. But with the Euro 6c fine dust regulations you better be prepared for more!

Diesel? Gasoline eninges are probably next!

But there’s a new, very similar problem appearing on the horizon that practically nobody discusses: Starting from this year, there will be new fine dust regulations for gasoline engines. And since they actually emit more fine dust than most Diesels, it is very well possible that some cars will be the next victim of policymakers and regulators. Here’s why! 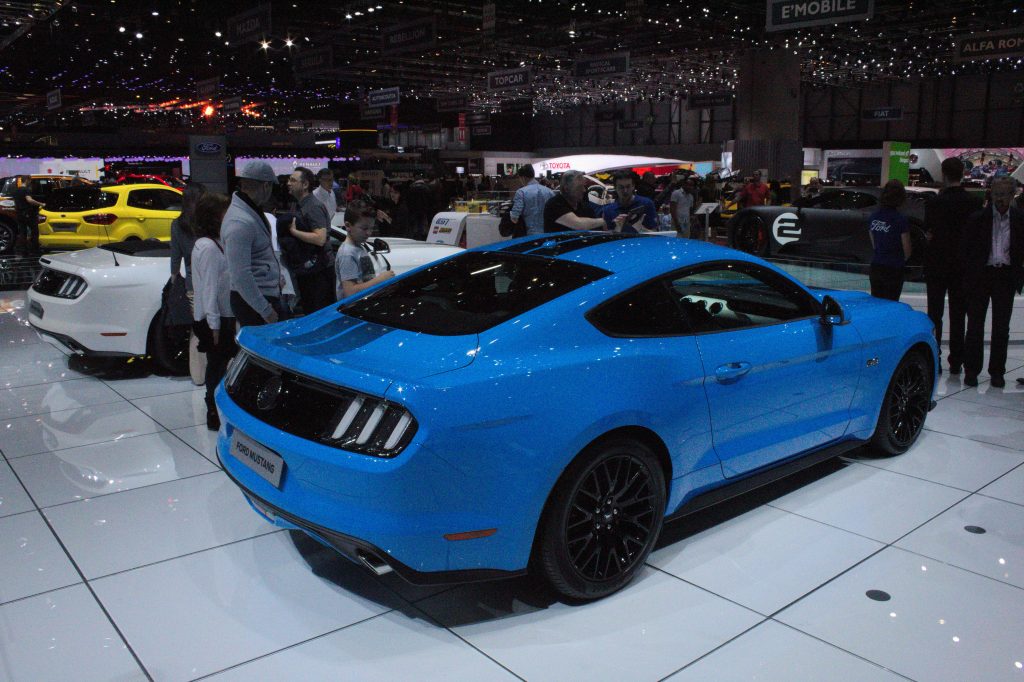 Certainly a nice car, but what about Euro 6c?

To better understand the problem, you have to know that over the past decade CO2 reduction has been the main goal of most automobile makers. This has largely to do with REGULATION (EU) No 333/2014 OF THE EUROPEAN PARLIAMENT AND OF THE COUNCIL of 11 March 2014. It is, as you may have expected, a very complex administrative order. To sum it up, the EU declared that until 2021 the fleet fuel-economy of the car manufacturers in terms of CO2 has to drop to a maximum of 95g CO2/km.

The automakers took several measures, one of them was building engines with direct injection. This is a way to reduce fuel consumption and hence CO2 emissions. Nice. However, it creates a massive new problem, namely fine dust particles which are even smaller than those a diesel engine blows out.

This fact wasn’t in the spotlight so much – until now. An increasing number of cities in Europe report fine dust levels in the air that exceed EU regulatory targets. Right now, everybody blames the diesel engine for everything. But it is a fact, that gasoline powered cars contribute even more to that problem.

How does the EU intend to solve that? Well, the same way they always do: by creating new regulations. In this case it is called Euro 6c and it targets the fine dust emissions of gasoline engines. Until the very last moment the automotive companies tried their best to weaken these rules, but now it becomes clear that implementation will begin this year. Starting from September 1, 2017 newly released models have to comply with it. And from September 1, 2018 every new car has to be ready for the new Euro 6c fine dust rules.

The problem for any car buyer: If you order a car right now it will only meet Euro 6 requirements. But what if the environmental watchdogs do the same thing with gasoline powered Euro 6 vehicles like they plan to do with Euro 5 diesel engines? Remember, you could buy a Euro 5 diesel car in 2015 and starting from 2018 you will not be allowed to drive into inner cities! At least this will be the case in Stuttgart, Germany.

You buy a car and are not allowed to use it?

Imagine you spend a lot of money for a car and then, two years later you are told that you are only allowed to use it somewhere in the desert? Doesn’t sound too good, so I decided to use the opportunity at the Geneva Motor Show 2017 – and ask some of the major car companies, especially those I am a shareholder of, what they plan to do about this. Since I believe this does not only affect me as a consumer, but also as a shareholder, I would like to share with you, what I heard from the car manufacturers.

The first company I asked about Euro 6c fine dust regulations in Geneva was the famous automaker from Sindelfingen, Germany. I have been a Mercedes driver my entire life, so I was very excited to hear their opinion on this. The normal employees at their exhibition stand had not idea what I was talking about – no wonder, they were Swiss and Euro 6c is not much of a trend in this beautiful country. But they did their best to help me, made call after call, until they finally reached the person they wanted: A tech specialist appeared who immediately started with a lecture about engineering.

He explained every detail about the process of combustion in a direct injection engine. But what about Euro 6c fine dust rules? Well, he told me they are working on a solution like they already utilize in the S500. There Mercedes-Benz uses a special filter from a French company called Faurecia. Nevertheless I did not get a clear answer on when they equip older models like the E400 4Matic with it.

Summary: The S500 already uses the filter, other moters will be equipped with the filter later. So, when you buy a car right now, you are only ready for Euro 6 as far as I understood. 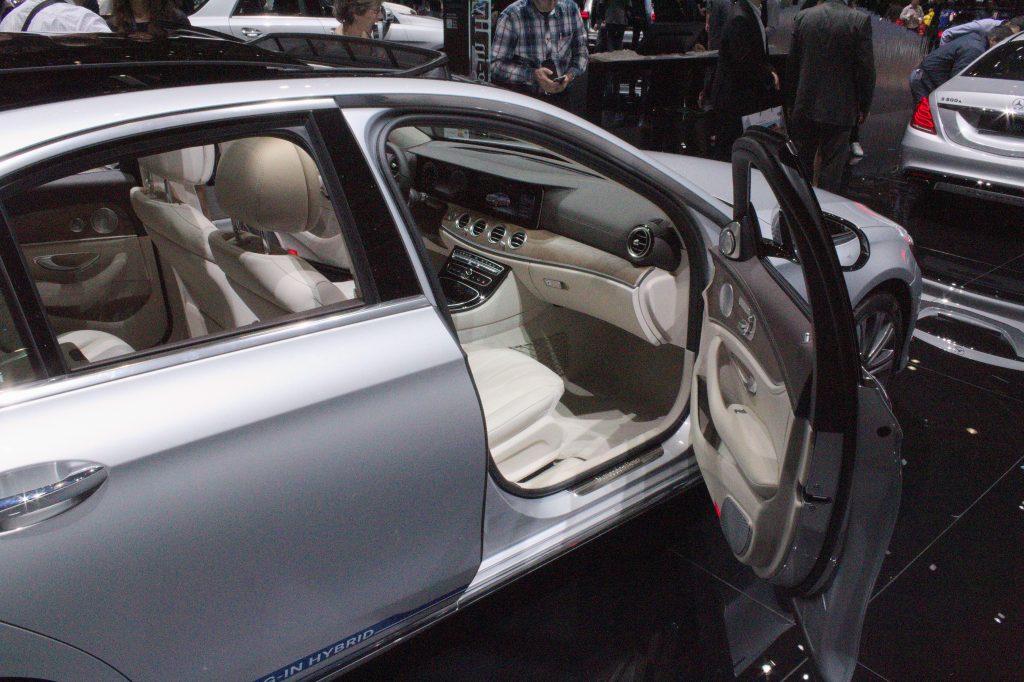 After that I went to Volkswagen and here I have to say I was both surprised and disappointed. Suprised, because after their tiny little environmental problem in the US, I expected them to be better prepared when it comes to emissions. Disappointed, because they had so many people in Geneva, but apparently not the right ones. First I asked one of the consultants which were there all over the place. He did not know anything about it, so he started to use Google. 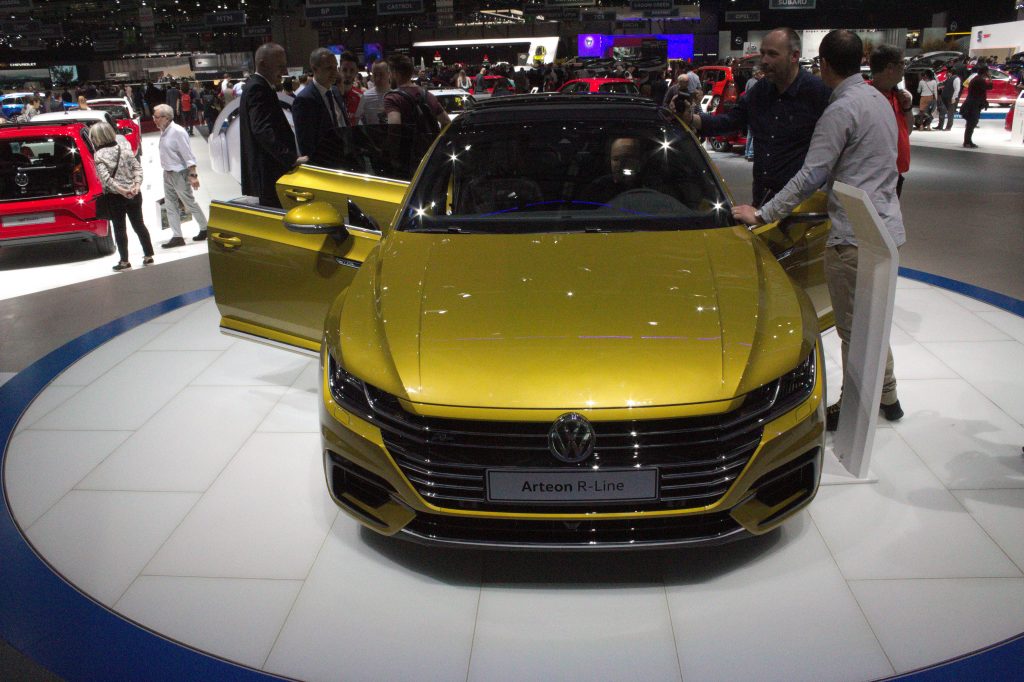 However he didn’t find an answer (although I know now he could have, with better search terms). Then he decided to go to VW’s “stronghold”, an office complex where even more employees gathered. So he handed my question over to them. Different people, same result, though. They haven’t heard of Euro 6c obviously. And since Euro 6 is the standard right now, I could perfectly buy one of their cars, they proclaimed.

Not convincing! Maybe they should read more of their tabloid newspaper “Bild” which reported that VW wants to build in a particle filter, starting with the Tiguan (EW 888). Yes, Volkswagen is aware of Euro 6c.

Audi: Are you from Greenpeace?

Audi had to call their big boss for Switzerland. I explained my question, the problem with direct injection engines and received the following answer: “Are you from Greenpeace?”. No, I only want to buy a car that is future proof :-)! A very nice guy, who explained the situation in Switzerland, which is different from the EU. He said I should better talk to a representative there. But I found out many other things: Did you know Switzerland is one of Audi’s biggest markets for high-powered cars? Who cares about Euro 6c fine dust regulations, when you should have fun driving :-).

BMW: Finally somebody who knows what he’s talking about!

Here I don’t have to write very much: I asked about their new BMW 5 series and I got a quick and professional answer: “Under the norms discussed for Euro 6c, the new 5 series is ready to meet them”.

The carmakers know about Euro 6c, of course. They have very different plans on how and when they make their engines ready. As the situation is unclear, you have to ask specifically for each model, whether it’s Euro 6c compliant or not.