Direct Eurostar from London to Amsterdam in Business Premier

April 4, 2018 was a historic date for train travel. For the first time a direct Eurostar went from London to Amsterdam, connecting four European cities. And I was onboard that train, in Business Premier! I made a travel video of the direct Eurostar from London to Amsterdam, which you can see on Youtube. In this article I am going to add some thoughts about my journey.

First of all, the train starts at London’s St Pancras station. I was impressed not only by its size and architecture, but also by its perfect organisation and cleanliness. I have seen many train stations on this planet, but this one was very “polished” and the process to enter the train was well-thought-out.

Keep in mind that when you take the Eurostar, there are security checks and passport controls. So coming earlier is advised – you don’t want to miss your train, do you?

Just like at an airport, business class passengers or in this case “Business Premier” can use priority lanes, so security was done in no time. But well, I was probably one of the first passengers that day :-).

The Eurostar lounge is located AFTER security. You can see it in the video. It certainly makes the direct Eurostar from London to Amsterdam a nice experience, that can absolutely compete with the airplane on the same route. In fact, I found the lounge to be one of the better railway lounges in Europe. 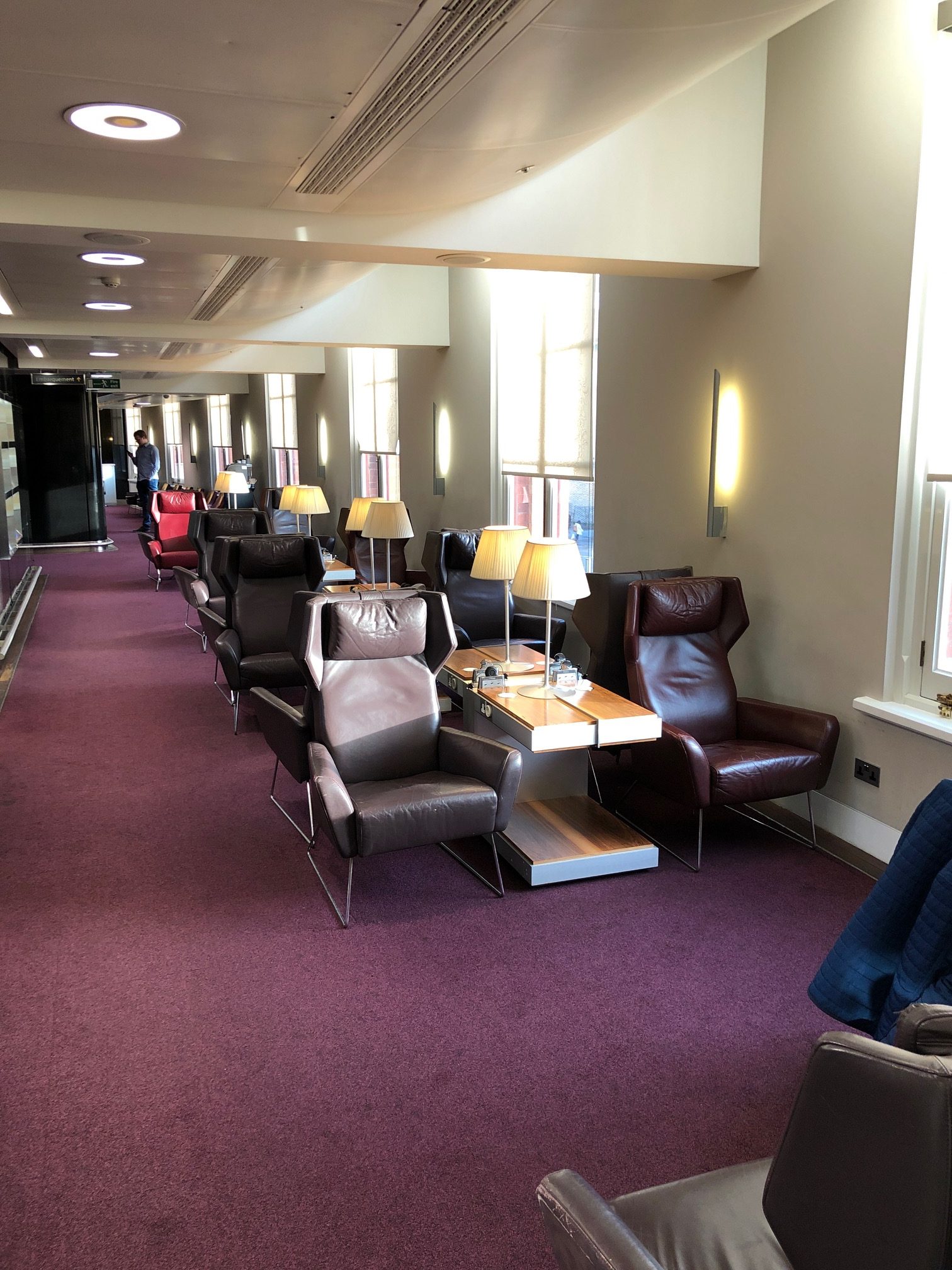 The interior of the lounge. Seats are inspired by railway seats

Additionally, since I was on the inaugural direct Eurostar from London to Amsterdam, the whole thing was a big event. The press was there, some VIPs were there – and so it seemed the staff at the lounge had a lot of additional motivation. They even brought me the coffee to my place. While that was absolutely great, I don’t know if that will be the case if you take this train on a different date.

The direct Eurostar from London to Amsterdam is operated by a E320, which is manufactured by the German company Siemens. Inside, in Business Premier, the seats are placed in a 2-1 layout. The seats are very comfortable and power outlets make working onboard not a theoretical option, but something you can actually consider doing! 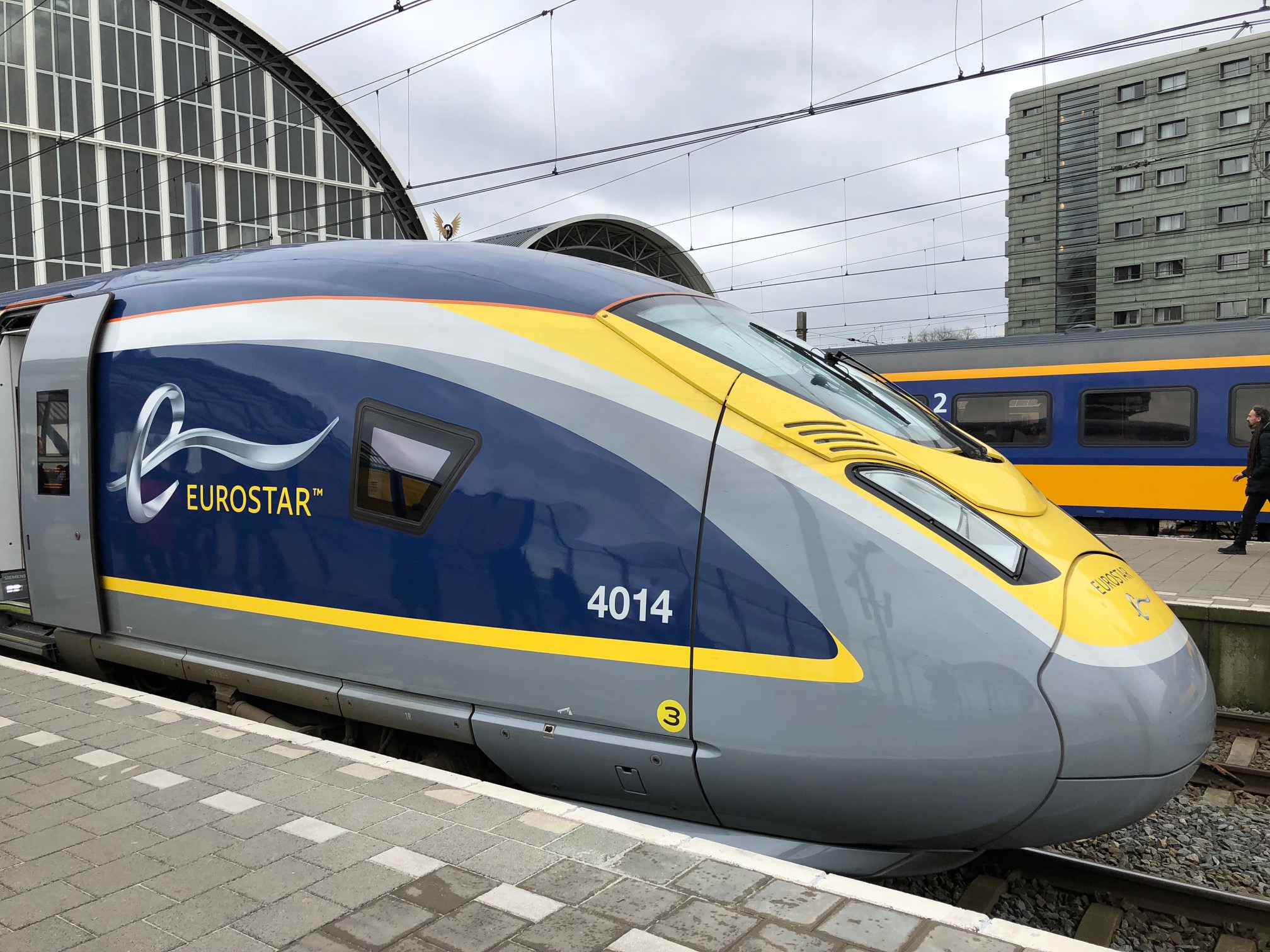 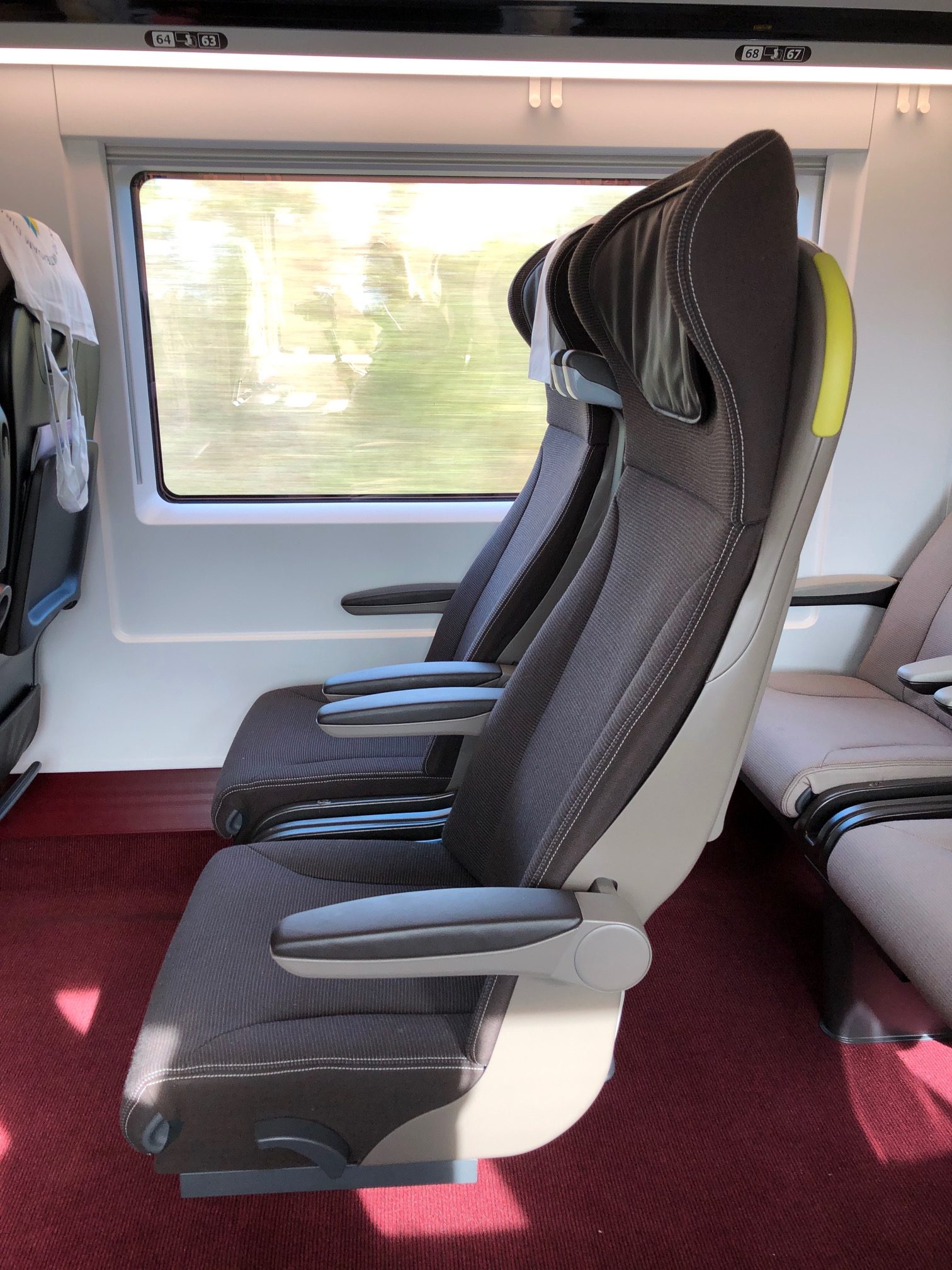 You can see it in the video, both the food in the lounge and even more so in the train was absolutely amazing. And that is something that sets the train apart from airlines: Nowadays, even in business class, you won’t get much within Europe (https://travelmentary.tv/klm-cityhopper-e190-in-business-class-from-dusseldorf-to-amsterdam/). This has to do with the short flight times, but mainly with cost cutting. The menu onboard the direct Eurostar from London to Amsterdam was designed by the French chef Raymond Blanc. Needless to say, that this gentleman, who holds two Michelin stars, did a fantastic job. 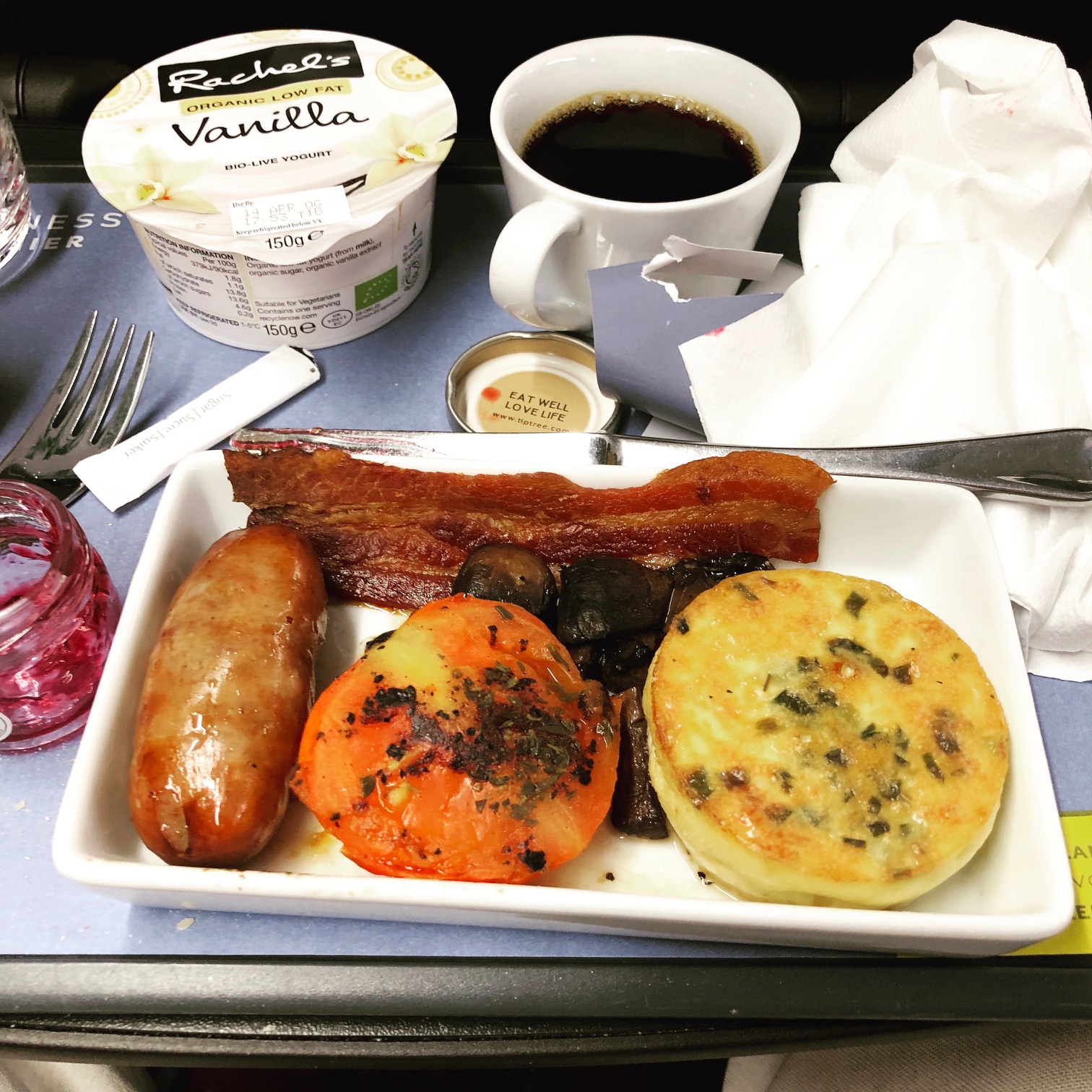 Main course of the breakfast in Business Premier

Eurostar promises a travel time of 3 hours and 41 one minutes. And actually that’s a pretty good estimate. I want to point out that the stops in Brussels and Rotterdam were REALLY short, not affecting the travel time by much.

In my opinion the new direct Eurostar from London to Amsterdam can be a real alternative to the plane. Not only is the service in Business Premier much better than what you would get in a plane, but actually the travel time of 3 hours and 41 minutes can be used effecitvely. There is free WIFI and there are power outlets. Prices start at 59€ in Standard Coaches and go up to around 340€ in Business Premier – one way. The latter gives you full flexibility.

So overall I was very happy with this train!