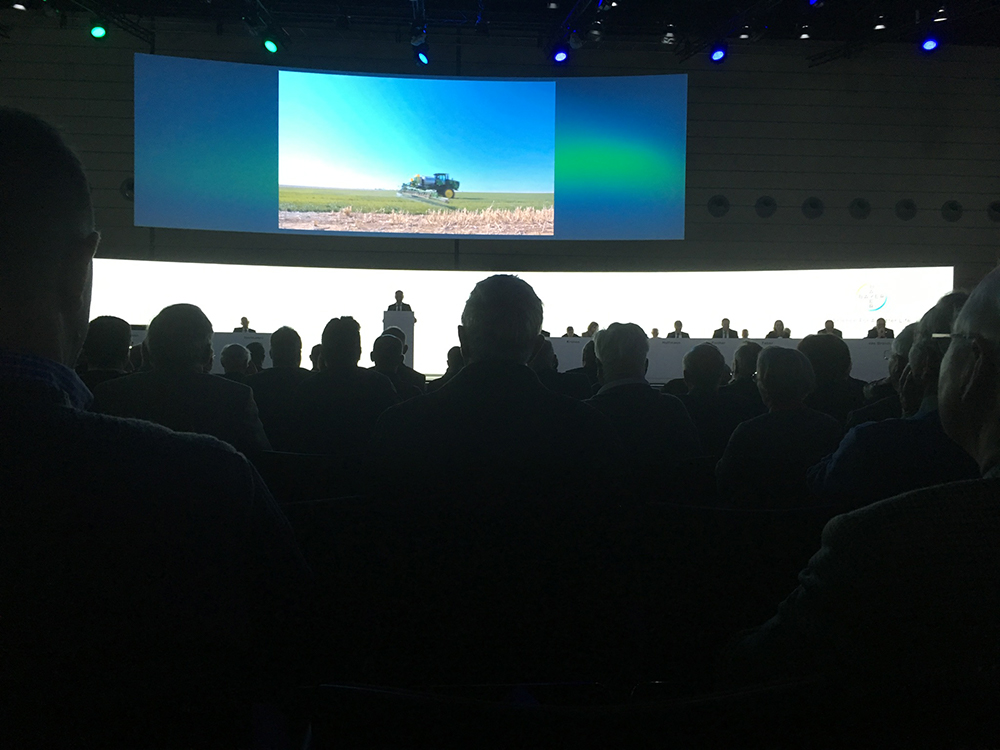 As promised here’s my report about the Bayer annual general meeting in Bonn, Germany. However, there won’t be a VLOG and I will tell you why. First of all you have to know that this year’s meeting was somewhat controversial due to the planned Bayer-Monsanto merger. For this reason, hundreds of protestors gathered at the World Conference Center in Bonn – commies, environmentalists, all sorts of political “activists” to tell you the truth. So Bayer had to react – with a rigorous security policy. And it was pretty much necessary as I’ll explain later.

At the entrance the company placed a huge tent with airport-style security checks, including x-rays. Cameras were not allowed, apart from cell phones. Also you had to respect the privacy of all participants. Hence, taking photos was a gray area (literally, regarding the age of most attendees ;-)). And doing a VLOG was practically impossible.

Nevertheless I do have some photos to illustrate the meeting, without disclosing the identity of anybody.

The Monsanto plan – controversial, but on track

As expected the Bayer-Monsanto deal was the most controversial topic out there. The Bayer management did everything to outline the good points about it. After all Monsanto is considered to be one of the most innovative companies worldwide. Mr Baumann, CEO of Bayer, told in his presentation, that Bayer has already filed the documents necessary to 30 authorities. However, even after asking, they did not really clarify how far the process is within those authorities. Anyway, according to Bayer everything seems to work out as planned. But who knows, what the future brings. The presentation of Mr Baumann was not only disrupted by some environmentalists chanting “Stop Bayer Monsanto”, but also by a guy who jumped on the stage trying to assault the board of directors, while shouting “You are poisoning our fields”. Luckily, he was quickly stopped by some security personnel.

Q&A session – is this the annual meeting of Bayer or the Communist Party?

After the speech of the chairman of the the supervisory board and the presentation of the CEO, all shareholders had the opportunity to ask questions and get answers.

And here is, where I see the real problem of that meeting. At the beginning EVERY shareholder had 10 minutes to ask QUESTIONS. Later it was reduced to only 5 minutes. The first people doing that were representatives of funds, analysts etc. – and it was really interesting to listen to them and their questions. They were mostly in favor of the Monsanto deal, while some had concerns, because of Monsantos’s reputation.

But what happened after them, is frankly outrageous: More and more lefties, environmentalists and troublemakers entered the stage. They did not have the intention to ask questions, but to use the opportunity to bring forward their political agenda. And yes, those people who probably own exactly 1 stock of Bayer got the same time for their political PR as the fund managers representing billions of $. In the end I assume that 90% of “questions” were communist speeches against global business in general and Bayer/Monsanto in particular. The questions put were purely rhetorical.

Is there a solution?

In my view this is entirely unacceptable and if Bayer does not want to see less and less real shareholders participating at their meeting, they have to find a solution for that.

I am not a legal specialist, but I suggest two options:

1) Only admit people to the annual meeting who have a minimum amount of shares. Others can use the postal vote and watch a livestream.

2) Tie the amount of shares to the time a shareholder has for questions. More shares, more importance, more time – sounds like a fair deal.

In the meantime, I had the chance to get some food, which Bayer offered to its shareholders free of charge. Now while I am not one of those people who own stocks only to get something to eat at the general meeting  ;-), I enjoyed the German sausage, the meatball and the roll. Oh and you could eat and drink as much as you wanted :D. 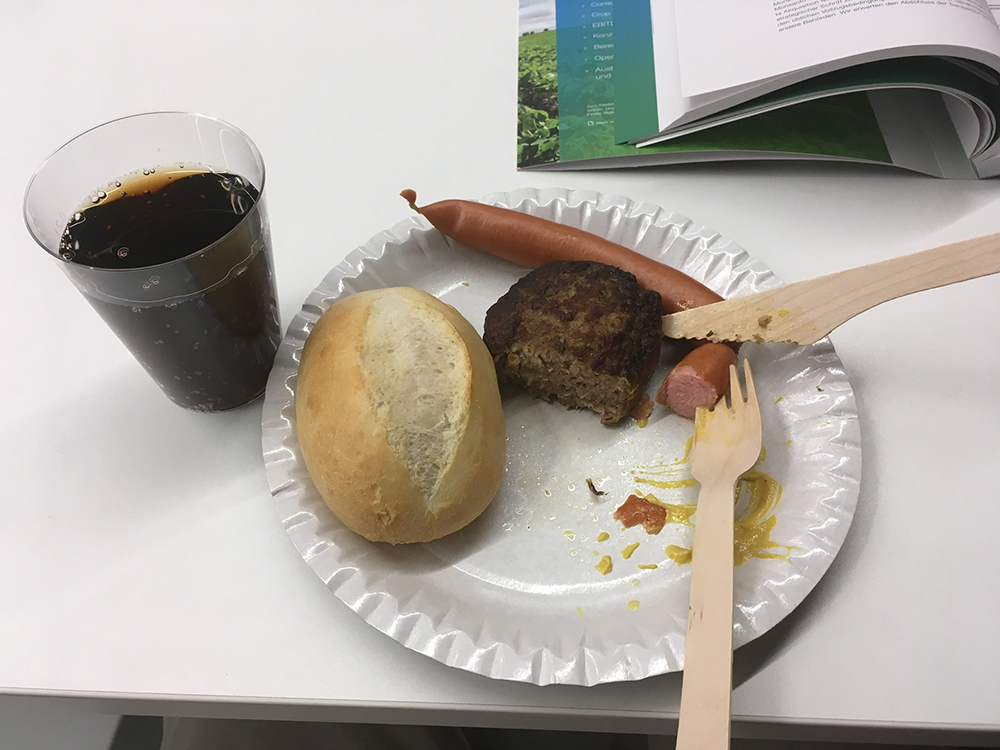 Food at the Bayer shareholder meeting

The bottom line of the Bayer annual general meeting

Overall I think it was worth visiting the Bayer annual general meeting. It was particularly interesting to hear about the state of the Monsanto deal. Also, the Q&A part was informative – until it was basically taken over by communists, environmentalists and everything in between. 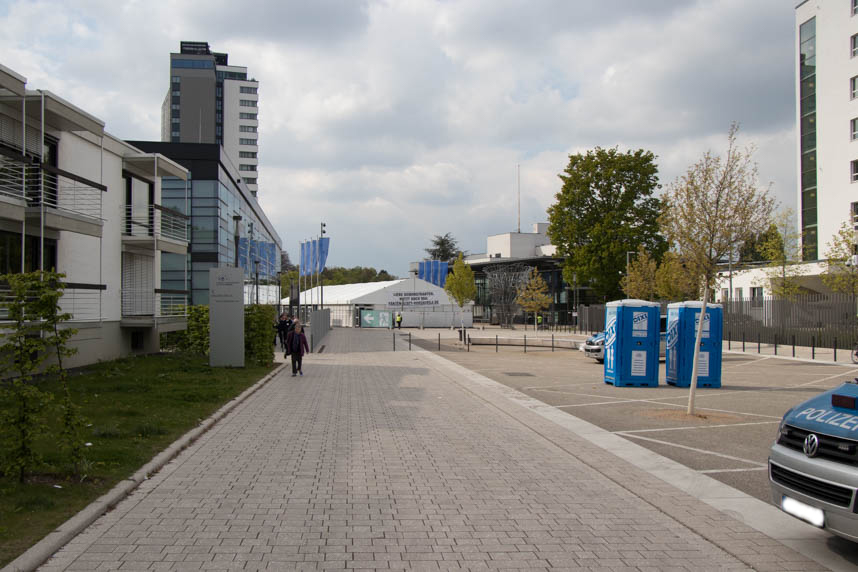 Next stop: Omaha, Nebraska where I want to visit the world-famous annual general meeting of Berkshire Hathaway. Looking forward to it!